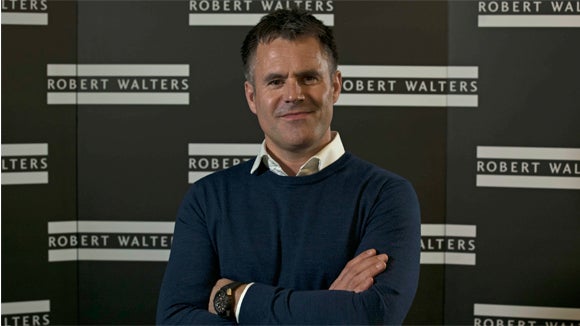 The opening round of the RBS Six Nations is always the most anticipated weekend in the rugby calendar. The week leading into the tournament is full of conversation around: ‘Who’s hot? Who’s not? Who’s in? Who’s out?’ However, with the British & Irish Lions Tour to New Zealand coming three months later, there is an added twist to the tournament.

We held a Six Nations Q&A on the 1st February with Mark Durden-Smith hosting a panel of rugby legends, Shane Horgan, Jonathan Davies, Richard Hill and Kenny Logan. We caught up with the Scot, Kenny Logan, ahead of the Q&A to discuss applying experiences from Rugby to business, Six Nations and the Lions.

Kenny successfully transferred into business after the end of his rugby career, setting up Logan Sports Marketing which manages the sports marketing campaigns for clients such as Microsoft, Tag Heuer and the British & Irish Lions. We asked him what transferable skills he took from rugby and how they have been applied in the business world?

“When you play rugby there is a real sense of honesty around the changing room. On Monday morning you watch the videos from the game and see your mistakes. When you make mistakes you are told immediately, but it is the opposite in the business world. There is a lot more to learn, you have to go digging to get to know people. It is really important to be straight with people, so they know where you are coming from. This is how you will get the best out of them, there is no second guessing. If I give people criticism, it is to make them better. If you are straight with your team, then you build a successful team."

Clearly crucial skills were established during his playing career and this has given him a head start in the business world.  However, you often hear in recruitment that ‘the person has to fit’ and therefore when interviewing, we asked him what were the key attributes he looks for in an individual?

“They have to be honest and put their hands up when they make mistakes. People are more likely to get in trouble if they don’t put their hand up to say they have made a mistake.”

Looking ahead to the Six Nations, it’s clear to see that Logan has a sneaky suspicion that Scotland may provide an upset or two during this Six Nations and praises head coach Vern Cotter.

"Vern has brought hardness to Scotland, we used to be that team that lasted 60 minutes and then the doors would open. Now Scotland won’t let you beat them, you have to beat Scotland. There are now 25 good players but before there were 15 without any real depth. 10 years ago they would score a try per game but now they score 5 or 6 tries per game. I think it will be the best Six Nations for them so far."

With the likes of Stuart Hogg and Finn Russell who have starred for Glasgow this season on the European stage, it looks like Scotland could surprise a few people this Six Nations.

His enthusiasm didn’t quell when we asked about the prospect of whether any Scottish players will be included in The Lions Head Coach Warren Gatland’s squad.

"There are a lot of modern class players and talented players in the team. Finn Russell is closest to Danny Cipriani in style but without the baggage. They have to take someone to New Zealand that will open up defences and he is the only one that can do that. Jonathan Sexton (Ireland) is the best 10 we have out of the home nations, but he’s injured a lot of that time and cannot maintain that consistency. George Ford (England), Dan Biggar (Wales) and Finn are all good. They may take six centres and three 10s. Laidlaw and Stuart Hogg can play 10 if there is an issue however they will probably take two 10s and Owen Farrell (England), but it also depends on the outcome of the Six Nations."

Logan is clearly a big fan of Finn Russell, but there’s good reason for it as he has been pivotal for Glasgow this season, having been involved in some supreme away performances in victories against Leicester and Racing Metro.

It’s a daunting thought if you’re Warren Gatland, trying to select that first 15 with so many players to choose from. However for a spectator and fan from England, Ireland, Scotland and Wales there will be countless discussions and disagreements trying to guess Gatland’s first 15.

Robert Walters, who are Official Sponsors of the British & Irish Lions, are looking forward to watching the selection process unfold. For further information about our sponsorship please visit www.robertwalters.co.uk/lions